RICHARDSON, Texas – (May 22, 2017) – It was an early star-spangled celebration this year as the Made-In-America icon of kitchen ventilation, Vent-A-Hood®, hosted a special event for the company’s 84th anniversary with a one-of-a-kind celebration following the organization’s National Distributor Meeting.

On Friday, May 5, 2017, in celebration of this milestone, the company hosted an all-day event for its distributors, retailers, and suppliers, starting with a breakfast and special keynote presentation from former First Lady of the United States Mrs. Laura Bush.

“I know something about family businesses,” Mrs. Bush said about Vent-A-Hood® when she addressed the crowd. “Ours was politics.” She followed with a wonderful speech, both light-hearted and serious at times, as she shared what it was like in that the business of politics. And in addition to her most cherished role today as a grandmother, she shared her new focus with the former President at The George W. Bush Institute that they oversee at The George W. Bush Presidential Library.

With freedom being the overriding focus of the institute’s initiatives and the causes that it supports around the world, Mrs. Bush included the theme of the free enterprise system -- a founding principle for businesses like Vent-A-Hood® in America. 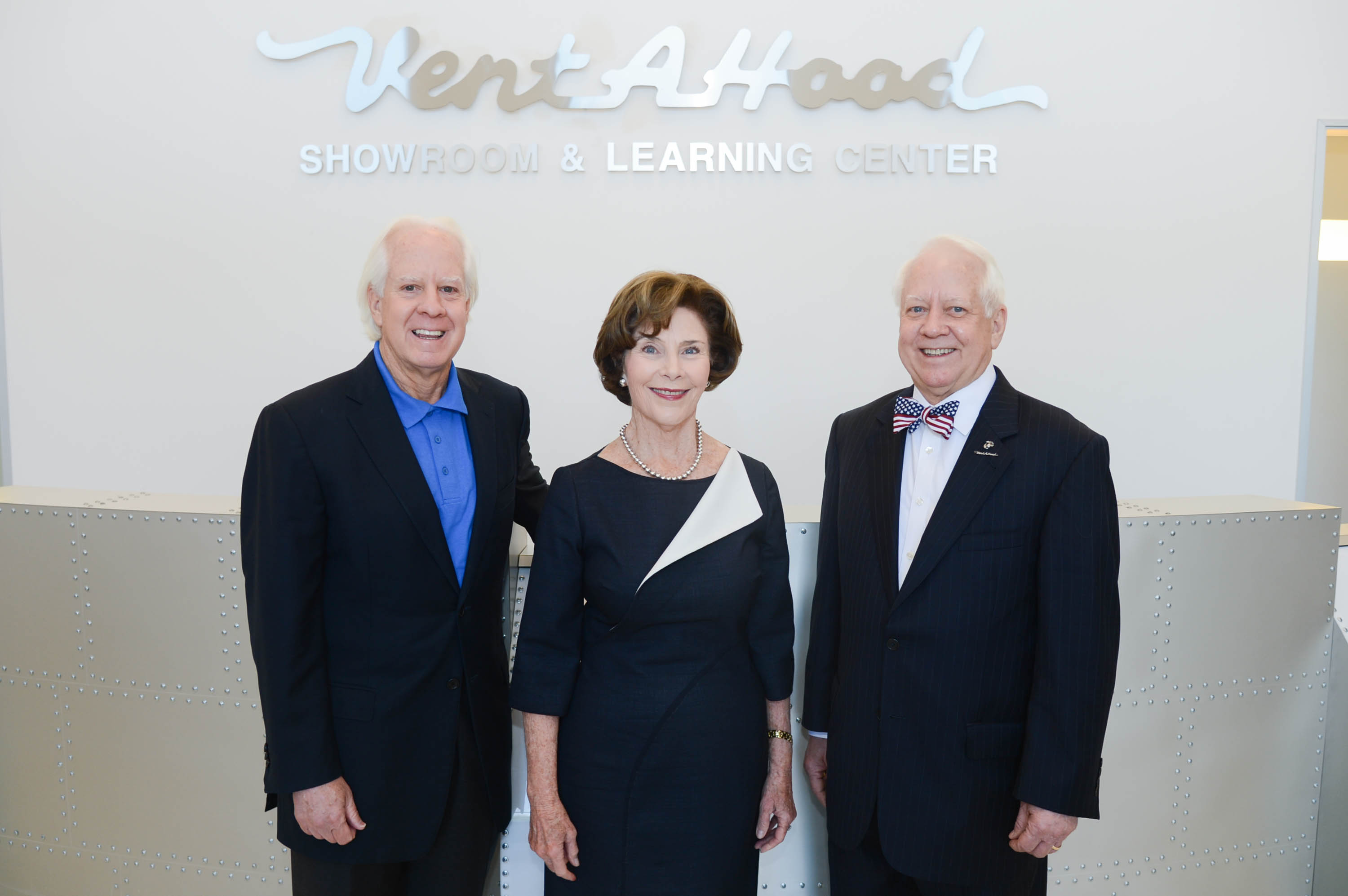 Founded in 1933, Vent-A-Hood®, based in Richardson, Texas, is the oldest manufacturer of residential range hoods in America. Each product manufactured by Vent-A-Hood® is individually engineered for performance in addition to style. Vent-A-Hood® products are sold in all 50 states as well as Canada. For more information, please visit http://www.ventahood.com. You can also follow Vent-A-Hood® on Facebook, Pinterest, Twitter, Instagram, WordPress, YouTube, Google+, and LinkedIn.

Connect With Us Today